In a partnership formed Pete (our managing partner) and two other corporate and philanthropic leaders, a new career solutions company was created. Greek Ladders is a resource for college students seeking information and connections to properly launch their careers. Simultaneously, businesses and charities leverage the Greek Ladders network to identify ideal candidates for their internship and full-time employment openings.

Creating the company was in response to several factors. The common theme among recent graduates is the disadvantage they’re at 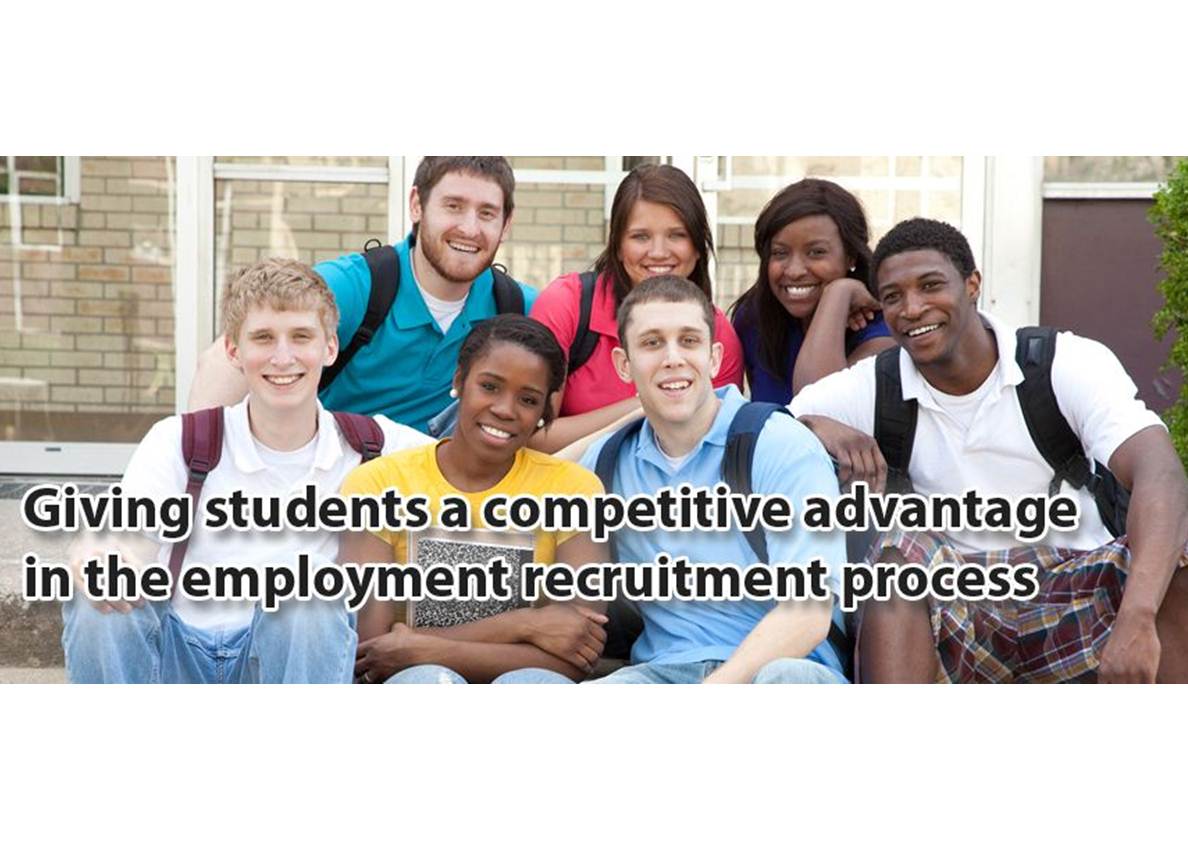 when searching for full-time employment. Students have dedicated their college years to preparing for meaningful careers by focusing on academics. By the time they decide to look for a job, many others have beat them to the punch. Factor in extraordinarily high unemployment rates, recent graduates face competition for jobs from those with greater experience and measurable performances, most of whom require less training. It’s possible that these same students may also have waited until graduation or some point during their senior years to begin their job searches. This really puts them behind the curve, further decreasing the likelihood of obtaining their ideal job in a timely manner.

Recognizing these issues, three corporate and non-profit leaders sharing a strong affinity to the Greek System, joined forces to create a solution. The primary goal – to create an opportunity for students to interface with employers, and vice-versa, as a vehicle to give Greeks a “leg up” in the employment recruitment process. Beyond the connection, the partners are adding leadership/career development training resources and strategic partners to essentially coach the students, guiding them toward successful interactions, interviews, and job performance.

The vision for Greek Ladders is simple – facilitate outstanding and mutually-beneficial relationships between students and employers.

The Greek Ladders network, which is free for job-seekers, features leadership development and career preparation resources. Taking the form of webinars, videos, podcasts, and tutorials, these resources can be utilized by our members to enhance their profiles and learn new skills, thus making us more appealing to prospective employers.

For employers, Greek Ladders provides advantages over other similar companies, like Monster and Career Builder. Employers are directly linked to applicants in a specialized setting. In fact, employers leverage the partnership to essentially take all of today’s college students and siphon them into a single pool (or network) of outstanding potential candidates. One step further, these applicants are qualified, given their aptitude of social, leadership, and organizational skills and activity within the Greek Ladders network. Basic employer registration into the network is free.

If you’re curious about joining the Greek Ladders network as a student or employer, these links should provide you with plenty of information:

In addition, you may send an email to info@greekladders.com or call

Summer has been extremely busy for the NPcatalyst team. Rather than spend the warm months surfing waves in the Pacific or backpacking along the Tahoe Rim Trail, we’ve been serving clients and connecting with corporate and charitable leaders across the country.

This past weekend was spent in Tucson, where we met with numerous non-profit officials, social entrepreneurs, and new strategic partners. Here’s a brief list of our new friends:

They were all introduced to our services, particularly our online gifting tool, GiftingWishes, and our BoardCheck assessment resource.

Saturday was spent in a retreat with one of our new strategic partners. This soon-to-be-launched company will provide job recruitment, leadership development, and career development opportunities to both college students and employers. Much more to follow soon.

It was just another amazing weekend. We hope it leads to many opportunities to continue helping enhance the philanthropic culture in the Old Pueblo. Plus, we may have even landed a new job for a Tucson resident!

Thank you, Tucson, for your hospitality, heat, and spectacular sunsets!

The NPcatalyst team is targeting leaders on our college campuses to conduct a study on Greek Life and its impact on philanthropy. As past members and proponents of fraternity and sorority life, we’re seeking input from Greek Life advisors and campus leaders in three primary areas: chapter philanthropy, alumni/ae relations, and fundraising.

The study will help us design effective young professional community leadership models, determine future community involvement, and anticipate the development of future non-profit leaders. Our study will provide insightful data back to Greek Life advisors and staff members as they plan for the growth and development of their own Greek leadership programming.

The responses will generate outstanding information to be used in our upcoming blog (or series of blogs) under the title, “Greek Life as an incubator of future philanthropic leadership.”

To participate in the three-minute survey, please CLICK HERE.

For additional questions, please contact Pete at NPcatalyst at info@npcatalyst.com.

Do more Greek alumni support their universities than their non-Greek counterparts?

A research study conducted by the Center for Advanced Social Research at the University of Missouri showed that men and women who have had a Greek experience are far more likely to actively volunteer and participate in community activities. They are significantly more active in their religious and neighborhood organizations and show stronger financial support for non-profit organizations that do non-Greek.

In a January 2001 study entitled, “Alumni Giving of Business Executives to the Alma Mater: Panel Data Evidence at a Large Metropolitan Research University”, conducted by Albert A. Okunade (University of Memphis) and Phanindra V. Wunnava (Middlebury College and IZA), revealed the giving significance of male Greek alumni. “The novel contribution of this research is the estimation of an econometric model of gift-giving alumni business executives of a large public urban university using 10,192 individual donor observations [that is, a panel of 392 donors for 26 years]. Our theoretically consistent empirical results reinforce the earlier research findings that male alumni in Greek social organizations gave significantly more.” It went on to note, “compared to the non-Greeks, fraternal organization alumni membership (Greek) significantly increased donations by roughly 9 percent.”

The Research Initiative examined the impact of fraternity and sorority membership on college and university graduates, and was jointly funded by members of the National Panhellenic Conference and the National Interfraternity Conference. More than 2,200 Greek and non-Greek alumni from 10 schools across the United States were surveyed through direct phone conversations. The pool of alumni queried was half non-Greek affiliated, one-quarter sorority members and one-quarter fraternity members.

A key finding in the research as that Greek alumni were more apt invest their time, energy and treasure to improve the quality of life in their communities. Other findings included:

While we recognize that giving (in general) and giving by Greek alumni varies from campus to campus, the data derived from just these two studies revealed that giving by Greek alumni was significantly greater than their non-Greek counterparts. At Fraternity Management Group, we have found that the strong, unified relationships between university officials and members of their Greek communities translate into higher university donor giving rates. “Our quest, as a firm, is to serve the greater Greek community, by developing lifelong relationships with our clients, their respective universities, and all involved alumni”, says Matt Noble, president of Fraternity Management Group. “This translates into mutually-beneficial alumni and parent relations programs, ideal ties with university operations, and rewarding experiences.

This blog was written by NPcatalyst for Fraternity Management Group

I returned home to the place, which I consider my second home, recently to participate in the University of Arizona‘s Homecoming Weekend activities. Though we haven’t had the best football season on record, the U of A will always be home to the most amazing college experience ever. Even better, the time I spent in Tucson will always be categorized as the period when I found my calling.

When I entered the seventh grade of a Catholic grade school in North Hollywood, Calfornia, I informed my parents…and Mr. Strub (the president of Santa Anita Park), that I would be studying horse racing as my career path. If I didn’t have the grades when I graduated high school, the only alternative would be to go to work for Mole-Richardson Company, our family motion-picture lighting business. The only school offering a program for my career path was (is) the University of Arizona and its Race Track Industry Program.

Fast-forward, this recent trip back home was very special. While I’ve been an extremely fortunate and humble recipient of awards and recognition, there’s only be one award I’ve ever wanted. When I was an undergraduate member of Kappa Sigma Fraternity, it was my wish to someday live up to the ideals and successes of our chapter’s key leaders. While I’ve lived my life according to my own ideals and principles, the A.L. Slonaker Hall of Fame Award has always been on my mind.

And while I believe the award was presented far too soon, I’m blessed by the many friends and brothers who bestowed upon me an award which I will always cherish.

Below is a bio written by my good friend and brother, Craig Lowden, and featured in the Hall of Fame program and on the Gamma-Rho Chapter website.

After waking up to find the echoes of Notre Dame High School behind him, Pete “Spidey” Parker enrolled at the University of Arizona and joined the Kappa Sigma Fraternity.

While Spidey didn’t swing around Manhattan fighting crime in his pajamas, he was a superhero for Gamma-Rho. During his time at the U of A he held the posts of Grand Master for which he won Grand Master of the Year, Grand Procurator, Grand Scribe, Social Chair, Philanthropy Chair, and Rush Chair. It was swell of Pete to leave a few offices for the other members. Before graduating in ’93 with a degree in Animal Sciences , with an emphasis in Race Track Management, he also won the Noble Award for outstanding senior. In honor of his accomplishments on our behalf, the Chapter created the Pete Parker Hustle Award, presented to the active who best embodies his frenetic spirit.

Since that time Parker has held numerous posts including time as the Fraternity Management Group staff motivator (“Make Your F-in Calls!”), executive director of the American Heart Association, director of development for Sage Ridge School, and owner/president of Parker Development Services. He is currently the managing director of NPcatalyst, LLC.

As one might expect from a former Philanthropy Chair, he’s been active in the community as well. He has served as Board President of Northern Nevada Children’s Cancer Foundation, Board President of the U of A Race Track Industry Program Alumni Association, board president of the U of A Sierra Cats Alumni Chapter. He has also been awarded the Volunteer of the Year in Northern Nevada from the Points of Light Foundation and was awarded with a Twenty Under 40 by the Reno Gazette-Journal. His new venture, NPCatalyst, was recently recognized by StayClassy as one of 25 of the nation’s finest Small Businesses in Philanthropy through its CLASSY award, an incredible honor for a company founded in January of this year.

He is also an at-large member of the Gamma-Rho House Corporation.

Parker lives in Reno with son Caden, 14, and daughter Tessa, 11.

“Gamma-Rho was the ideal chapter for me. Becoming active with a small chapter filled with diverse and fun guys allowed me to learn about myself and others, giving me the confidence to seek or create opportunities, interests, and great times. I owe my success as a person to my mom, family & friends, and Kappa Sigma. This trifecta of support gives me the courage to fight for what I believe, what I aspire to, and how I live my life. This award, one which I hardly deserve, is dedicated to every person who has ever touched my life and every person whose life I have touched.”